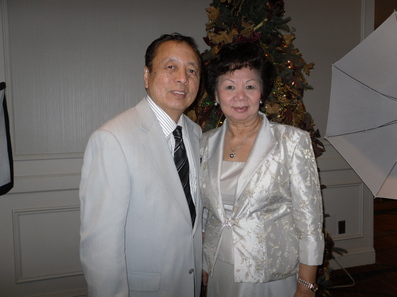 Roberto and Norma David are founders and directors of Light Bearers Ministries. In 1984, they began hosting bible studies in their home. It was from these meetings that Light Bearers Ministries began. It was chartered by the State of Texas in August, 1993. The ministry began to reach out to the mission field through medical and evangelistic missions. Since then, Light Bearers has conducted thirty-one mission trips to the Philippines. Evangelism has been the focus of each trip. From the beginning of their walk with God, Roberto and Norma have had a heart for the mission field. God is using them in a unique way to reach their own country. In 2000, God opened the door in Hong Kong to minister to the Filipino churches. Since then, they have traveled to twenty countries, ministering and doing outreaches to different tribal groups, including Muslims, Hindus, and Buddhists.

Roberto and Norma are members of Believers World Outreach Church in Katy, Texas. Their children Rob and Lori, Richie and Natalie support them in the work of the ministry.They have six grandchildren: Stefani, Jason, Austin, Haille, Asher and Logan.